What is dragon’s blood? 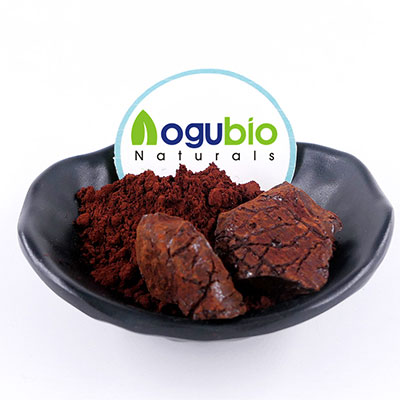 What is dragon’s blood?

The resin is extracted from many different tropical tree species commonly called dragon trees. These may come from the plant groups Croton, Pterocarpus, Daemonorops, or Dracaena.

The plant resin has been used for thousands of years for distinct purposes. There are records of its use among the ancient Greeks and Romans and in India, China, and the Middle East.

What is the smell dragon’s blood?

Dragon’s Blood smells sweet and soft, slightly amber-like but more natural and less sticky/sweet smelling than common amber. It is extremely rich and does an excellent job setting a calming mood to a space

What does the research say?

Dragon’s blood has risen from humble folk healing traditions to become a widely used health supplement today. The following are some research-supported benefits of this health-boosting plant resin.

Dragon’s blood is shown to possibly be beneficial for a few different types of ulcers. Note that most of these ulcers are topical, not internal.

One 2015 case study showed dragon’s blood helped pressure ulcers or bed sores. The evidence was limited, however, and was only shown in the Daemonorops draco species. This species is a common commercial source of dragon’s blood.

Another 2011 study showed it helped diabetic ulcers. In the study it was only one ingredient in an herbal ointment full of other ingredients, though.

Dragon’s blood may help topical ulcers, but the research is not yet completely solid. Its topical benefit may be owed to its purported antimicrobial properties. But it’s certainly no replacement for doctor-recommended treatment approaches.

Dragon’s blood may offer some protection against or even kill pathogens like bacteria, fungi, and viruses.

One 2011 laboratory studyTrusted Source considered dragon’s blood from Dracaena cinnabari to have substantial antimicrobial properties, enough to be considered a source of food preservative.

Another 2013 study showed antimicrobial effects, but this was only tested in vitro (inside a test tube or other vessel outside the body).

Dragon’s blood can’t be considered a replacement for infection-fighting medical approaches like antibiotics, though it could bring mild benefits for minor conditions.

One of dragon’s blood’s most common uses in ancient times was for digestive health.

Some research suggests, references, and supports this common use through the past and present. The plant resin was especially used for treatment of diarrhea or dysentery.

This may be due to its antimicrobial properties which can kill pathogens that cause these conditions. Research is still needed before considering it a replacement for mainstream treatments, however.

Some studies have also revealed antioxidant potential in dragon’s blood. This indicates some anti-inflammatory properties, confirmed in another 2017 study.

Evidence of this is incomplete, however. It’s only pieced together through studies of different dragon’s blood sources, Daemonorops draco and Dracaena draco. It’s also not proven to be a property in all sources.

Though research isn’t complete, there are signs dragon’s blood could support diabetes treatment or prevention.

One 2016 study showed antidiabetic actions from the resin, but this was only in vitro. A 2013 studyTrusted Source showed evidence of this as well, but the study was on animals. Both studies were on source species of the Dracaena genus.

It’s not yet proven that dragon’s blood prevents or treats diabetes in humans. It does open a door to future research on possible use for diabetic medicines.

For one, this medicinal plant resin has some antioxidant benefits. This means it may be able to scavenge free radicals that may possibly lead to cancer.

Studies have also shown anticancer effects, though they have only been in vitro. Lots more research is needed before using or considering dragon’s blood a cancer treatment or preventative.

Dragon’s blood has a strong earthy scent and makes for an excellent perfume, both on its own or mixed with other scents. If you’re interested in wearing dragon’s blood perfume, there are quite a few options available online.

Due to the bright red color of the sap, dragon’s blood can easily be turned into equally vibrant ink. Unlike actual blood, dragon’s blood will retain its bright color after drying. It’s easy to make too. All that’s needed is ground-up dragon’s blood resin, gum arabic, and either a water or alcohol base.

One of the oldest uses of dragon’s blood is in medicine. It was used all around the Mediterranean basin as a cure-all during ancient times. With modern research, we now know that, despite not being a good cure-all, it does have some interesting medicinal properties. For example, its chemical components taspine and proanthocyanidin are natural antivirals.

In addition to being an antiviral, taspine is a coagulant, which means that when placed upon bleeding wounds, it will encourage the blood to clot and help stop the bleeding. That being said, while this method was common in ancient times, the substance has yet to go through any human trials during drug testing, although it has shown some success with animals. As such, I would stick to more modern methods to stop bleeding unless you have no other choice.

Dragon’s blood can be helpful when dealing with GI issues, including stomach ulcers. In this case, there actually have been completed studies on its effects, and dragon’s blood can be found in some pharmaceutical products. However, I still wouldn’t recommend ingesting the substance on its own or without medical recommendation.

With this particular use, there isn’t any modern research to back it up, but dragon’s blood was certainly used in traditional medicine to help with fevers. Thus, while it’s possible for the resin to have anti-inflammatory properties, it might not be a great idea to test that.

As with ink, the bright red color of dragon’s blood is what makes it useful for dyes. The fact that it was easily available for trade in ancient times also made it particularly attractive. With the rise of industrialization, the need for such natural dyes has fallen out of use, although it is possible to make dragon’s blood dye at home.

Dragon’s blood first started being used as a varnish in the 18th century by Italian violin makers, and it’s actually still used for that today. It can often be found in the varnish coatings of Stradivarius violins. It helps give violins a deep, rich red-brown color.

Once again, the color is the big draw here, creating a beautiful ruby red, or deep pink if it’s watered down. One cautionary note, however: While dragon’s blood interacts well with other natural paints, it doesn’t always blend with more modern paints. So keep that in mind if you intend to use it for a project.

Although you’re very unlikely to find it in any modern-day commercial tubes of toothpaste, there was an 18th-century recipe for toothpaste that contained dragon’s blood. It’s not impossible to try to re-create this recipe; however, I wouldn’t really recommend it since there’s no evidence this recipe would actually be good for your teeth.

Yes, it is used in spells. Dragon’s blood has a long history with the occult, often used as a stand-in for actual blood. The substance is usually used in spells related to love, protection, and banishing.

XI’AN AOGU BIOTECH CO.,LTD is devoted into the research and innovation in natural nutritional supplements ingredients. Our own factory and lab with the strict quality control system to ensure quality stability and real price of Dragon’s blood . At the same time, we have our own source for the raw material to make sure the production ability.